Behrendt, Larissa
Genre:
The removal of Indigenous children from their families has increased at an exponential rate since Prime Minister Kevin Rudd delivered the apology to the ‘stolen generations’ in 2008. In this riveting documentary, a group of Aboriginal women challenge government policies to bring their grandchildren home. Their grassroots actions spearhead a national conversation to curb skyrocketing rates of child removal. Suellyn Tighe thought the NSW Department of Family and Community Services (FACS) would only remove children in extreme cases until her own grandchildren were taken in the middle of the night. Hazel Collins decided to take on the FACS system after her fourth grandchild was taken into state care. She started Grandmothers Against Removals (GMAR) as a response to the rising rates of child removal and along the way she has been joined by families across Australia in the battle to bring the kids home. Together are not only taking on the system; they are changing it. Nominated for three Australian Academy of Cinema and Television Arts Awards.

Originally produced by Ronin Films in 2017. 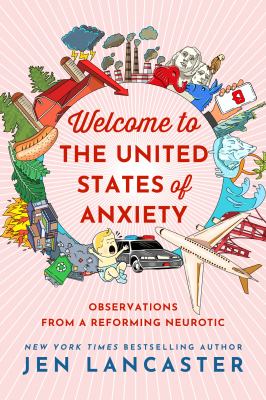 Welcome to the United States of anxiety