Davis, Kate
Genre:
In the early morning hours of June 28, 1969, police raided the Stonewall Inn, a popular gay bar in the Greenwich Village section of New York City. Such raids were not unusual in the late 1960s, an era when homosexual sex was illegal in every state but Illinois. That night, however, the street erupted into violent protests and demonstrations that lasted for the next six days. The Stonewall riots, as they came to be known, marked a major turning point in the modern gay civil rights movement in the United States and around the world. In the late 1960s, the American Psychiatric Association still classified homosexuality as a mental disorder, and gay men and lesbian women received almost universal moral condemnation from mainstream religions. The act of homosexual sex, even in private homes, was punishable by a light fine, 20 years in prison, or even a life sentence. New York City had the largest gay population in the United States. It was also the city that most aggressively upheld anti-sodomy laws. In the mid-1960s New York created police vice squads to raid gay bars and baths, and began using decoys to solicit and entrap gays. By 1966 over 100 men a week were arrested as a result of this effort. "It was a nightmare for the lesbian or gay man who was arrested and caught up in the juggernaut but it was also a nightmare for the lesbians or gay men who lived in the closet," Yale Law School professor William Eskridge says in the film. "This produced an enormous amount of anger within the lesbian and gay community in New York City. Eventually something was bound to blow." The Stonewall Inn was not a fancy establishment -- even its regular customers described it as a dive. Operated by the Mafia, the bar served watered-down drinks without a liquor license. Its two dark rooms had no running water -- just a tub where the drinking glasses were rinsed for reuse. The Stonewall Inn was, however, one of the only places gay people in New York City could socialize, providing a rare haven where they could drink, dance to the jukebox, and be themselves. Previous raids of the Stonewall Inn had resolved peacefully. Typically, after police made some arrests, the bar shut down, reopening for business just a few hours later. But the raid on June 28th was different: patrons at the Stonewall resisted arrest and the police quickly lost control of the situation. A crowd gathered on the street outside the Stonewall, forcing police to barricade themselves in the bar. Riot officers wearing helmets and armed with nightsticks descended on the scene. The violent protests and demonstrations that erupted that night continued for almost a week. In this 90-minute film, AMERICAN EXPERIENCE draws upon eyewitness accounts and rare archival material to bring this pivotal event to life. Based on David Carter's critically acclaimed book, Stonewall: The Riots that Sparked the Gay Revolution, Stonewall Uprising was produced by Kate Davis and David Heilbroner.

Originally produced by PBS in 2005. 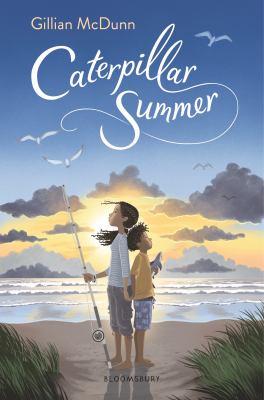