Henenlotter, Frank
Genre:
Duane Bradley seems like a pretty ordinary guy. His formerly conjoined twin Belial, on the other hand, is a deformed creature who lives in a wicker basket. Arriving in the Big Apple and taking up a room at a seedy hotel, the pair set about hunting down and butchering the surgeons responsible for their separation

Originally produced by Arrow Films in 1982. 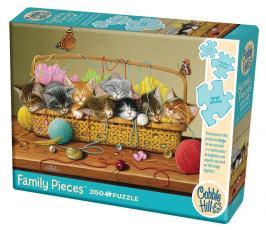