Ytinifni Pictures
Genre:
M is the highest paid professional of the many girls at Scarlet’s, but, even on her 25th birthday, it’s business as usual. M’s trade is sex, but sex doesn’t sell the way it used to; what client’s are searching for, paying for… is love. Instead of celebrating, her day is spent answering the silent prayers of Father Phillip, who has lost his faith and providing counsel to her colleagues, the vivacious Lily and troubled Cindy.. Amidst the many dramas that unfold and the demands of the ‘no-nonsense’ Scarlet, M’s secret birthday wish goes unanswered, that is, until Joey knocks on her door; a young man, forgotten by the world, who has never learned to love, or even how to kiss. But Joey also has a secret, it’s his Birthday too, and today M might just discover that even the smallest, most unexpected wish can come true. Birthday encompasses lost love, first times, humanity and the discovery of intimacy in surprising and unexpected places..

Originally produced by Ytinifni Pictures in 2009. 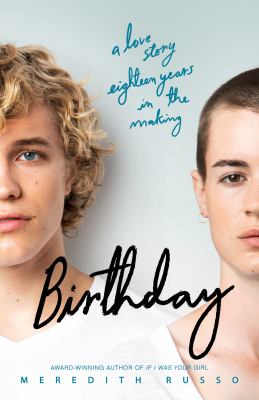