California Newsreel
Genre:
Strange Fruit is the first documentary exploring the history and legacy of the Billie Holiday classic. The song's evolution tells a dramatic story of America's radical past using one of the most influential protest songs ever written as its epicenter. The saga brings viewers face- to- face with the terror of lynching even as it spotlights the courage and heroism of those who fought for racial justice when to do so was to risk ostracism and livelihood if white - and death if Black. It examines the history of lynching, and the interplay of race, labor and the left, and popular culture as forces that would give rise to the Civil Rights Movement.. While many people assume Strange Fruit was written by Billie Holiday herself, it actually began as a poem by a Jewish schoolteacher and union activist from the Bronx who later set it to music. Disturbed by a photograph of a lynching, the teacher wrote the stark verse and brooding melody about the horror of lynching under the pseudonym Lewis Allan in 1938. It was first performed at a New York teachers' union rally and was brought to the attention of the manager of Cafe Society, a popular Greenwich Village nightclub, who introduced Billy Holiday to the writer.. Holiday's record label refused to record the song. Holiday persisted and recorded it on a specialty label instead. The song was quickly adopted as the anthem for the anti-lynching movement. According to the Center for Constitutional Rights, between 1882 and 1968, mobs lynched 4,743 persons in the United States, over 70 percent of them African-Americans. The haunting lyric and melody made it impossible for white Americans and politicians to ignore any longer the Southern campaign of racist terror.. The documentary includes a moving recitation of the lyric by Abbey Lincoln and a powerful musical performance by Cassandra Wilson. But it's the footage of Lady Day herself performing her bitter and heart-wrenching signature song that stands at the center of the film. Holiday sang it until her death in 1959.. Folk singer Pete Seeger, playwright and critic Amiri Baraka, veteran Civil Rights activist Rev. Dr. C.T. Vivian, and Milt Gabler of Commodore Records, which first recorded Strange Fruit with Billie Holiday in 1939, add their voices to the story.. The schoolteacher who penned Strange Fruit under the pseudonym Lewis Allan was named Abel Meeropol, the same Abe Meeropol who adopted the two sons of "atom bomb spies" Julius and Ethel Rosenberg after their 1953 execution. The boys, now middle-aged, help relate the tale, illuminating the fevered world of art and politics in which they grew up.. Educators in American History, Black Studies, American Studies, Social History, Jewish American History, Radicalism, Popular Culture, Social Movements, and Ethnomusicology will find Strange Fruit and its multi-level themes an exciting teaching tool. The film concludes with a montage of recent hate crimes indicating that Strange Fruit remains all-too-relevant today.. Awards Winner! 2004 American Library Association Notable Video Award.

Originally produced by California Newsreel in 2002. 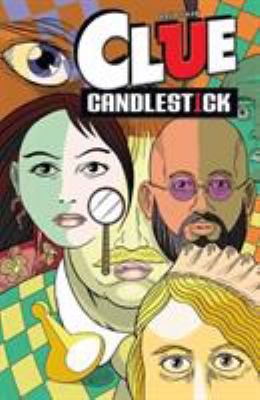