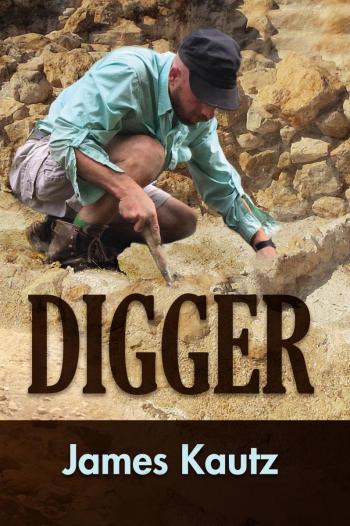 When the aging archaeologist has dug his last flake of earth, will he be able to uphold his long-time vow to defend his Christian tradition? He has hoped to find archaeological proof of the biblical kingdom of David—but he has not considered the effect his quest will have on his faith.

Jim Kautz, an experienced archaeologist and professor of biblical studies, traces the life of Paul Gartin from his conservative Evangelical youth through his struggles with fundamentalism. Gartin is a respected biblical archaeologist raised and educated in an environment steeped in fundamentalism and deeply conservative Christianity. His life revolves around a quest for archeological evidence supporting the biblical record.

Gartin’s odyssey takes him to the Middle East, where he meets graduate student Martha Eichhorn, a beautiful and intelligent woman who challenges Paul’s philosophy and also his beliefs about love.

Encountering resistance and open hostility to the idea of biblical archaeology, Paul embarks on an audacious undertaking—to locate physical evidence of the kingdom of David at Khirbet Hamam, south of Bethlehem. He secures financing from a fundamentalist source that expects his findings to mesh with their beliefs—and has little patience for contradictory evidence. Meanwhile, ultra-conservative forces are tightening their control of the seminary where he teaches.  For his part, Paul must decide what to do should his scholarly findings dispute his own faith and commitment to biblical authority.

The public seldom sees the struggle within the souls of theologians and religious leaders when they carefully examine the Bible in the light of science. Digger offers a deeply moving account of one man’s struggle with faith, traditional religion, and his scientific training.

James R. Kautz grew up in the Washington, DC area. He received a Bachelor’s of Arts from Carson-Newman University, a PhD from the Southern Baptist Theological Seminary in Louisville, Kentucky and studied anthropology at the University of Tennessee.

Kautz did archaeological fieldwork in Palestine’s West Bank, Israel, and Jordan. He taught at Louisiana College, Carson-Newman University, and the University of Tennessee. His historical and environmental travelogue, "Footprints Across the South: Bartram’s Trail Revisited", was a finalist in ForeWord magazine’s 2007 Book of the Year Awards.

Digger is Kautz’s first novel, published at the age of 76. He lives in the Appalachian mountains of North Carolina.