Skip to main content
Fontana Regional Library will be closed for coronavirus prevention starting Tues, March 17 through April 30. If you have any questions or concerns regarding COVID-19, call the NC Coronavirus Helpline: 1-866-462-3821. You can now call 211 in NC to get connected to resources in your community or text COVIDNC to 898211 to get alerts on NC COVID-19 updates. - More info about closings
​
​ 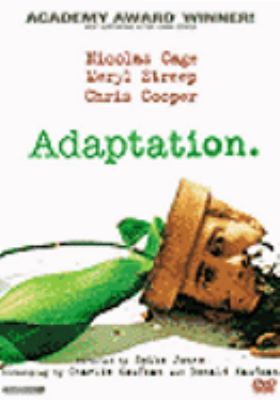 MPAA rating: R, for language, sexuality, some drug use, and violent images.|||adult

Based on the book "The orchid thief" by Susan Orlean.

Audio in English (5.1 and 2.0) or French (5.1) ; optional subtitles in English or French ; closed-captioned in English.
Target Readership: