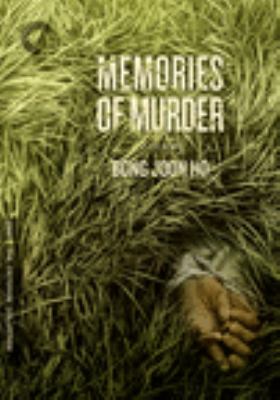 Ho, Bong Joon
Genre:
Based on the true story of a string of serial killings that rocked a rural community in the 1980s, a local officer reluctantly joins forces with a seasoned Seoul detective to investigate the crimes, leading each man on a wrenching, yearslong odyssey of failure and frustration that will drive him to the existential edge.

Special features: Two 2009 commentaries; new program featuring Guillermo del Toro; new interview with Bong; documentary from 2004 on the making of the film; deleted scenes, with optional commentary by Bong; new program about the use of sound in Bong's work; Incoherence, a 1994 student film; teaser, trailer, and TV spot; essay by Ed Park.