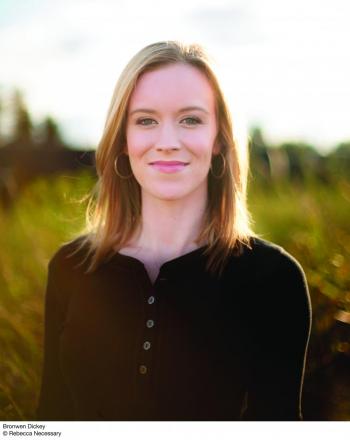 Dickey will discuss her book, Pit Bull: The Battle Over an American Icon which examines the history and myths of the breed. Hal Herzog, WCU professor, and author Some We Love, Some We Hate, Some We Eat, said about Pit Bull, "This is one of best dog books you will ever read. But, it is also about the big stuff – the moral status of animals, the science of nature and nurture, the role of race in our culture. In Pit Bull, Bronwen Dickey weaves a tale in which the most divisive of animal issues becomes a metaphor for deep-seated conflicts in American society." Publishers Weekly added, "[Dickey] illuminates many of the facts and exposes many of the myths surrounding pit bulls and dogs in general... Dickey's immersive and illuminating work deserves a wide audience."

Bronwen Dickey is a contributing editor at The Oxford American. Her writing has also appeared in The New York Times, The Virginia Quarterly Review, Newsweek, Outside, Popular Mechanics, Best American Travel Writing 2009, Slate, Garden & Gun, The San Francisco Chronicle, Southern Living, World Hum, Sport Diver, and The Independent Weekly, among other publications. In 2009 she received a first-place Lowell Thomas Award in travel journalism and a residency grant from the MacDowell Colony. She lives in North Carolina. To reserve copies of Pit Bull please call City Lights Bookstore at 828-586-9499.